Porsche calls its latest 991.2-based variant "the most powerfull Turbo S ever," and they're not lying. With 607 horsepower and 553-pound-feet of torque just waiting to be unleashed  from its twin-turbo, power-kit-equipped flat 6, this golden nugget with its PDK gearbox accelerates from 0 to 60 mph in 2.8 seconds on its way to a top speed of 205 mph. "Intricately finished by hand," to quote Porsche, the Exclusive Series coupe is your standard Turbo S pimped out by the craftsmen at Porsche Exclusive Manufaktur, the company's in-house workshop sometimes known as the sonderwunsch (special wish) department, where your wish is their command. Located on the factory grounds in Zuffenhausen, the shop, which specializes in customizing individual Porsches, also builds limited-run models including all 500 copies of the Turbo S Exclusive.

Zuffenhausen goes for the gold

To underscore the look of the Turbo S Exclusive's exterior, the coupe's interior follows through on the gold and black color scheme. The 18-way adjustable sport seats are covered in black-perforated leather set off by a pair of Golden Yellow stripes. The seams and the Turbo S lettering stitched into the headrests are also Golden Yellow, as are the double stripes accenting the black Alcantara roof lining. Door sill guards finished in carbon fiber feature illuminated Exclusive Series lettering. A plate bearing the car's build number (1 to 500) emphasize the car's exclusivity.

Resplendent in its Golden Yellow Metallic paint  job, the Turbo S Exclusive is set off from just about every other Porsche (and most cars on the road) not only by its distinctive paint job, but also by its carbon-fiber front decklid, roof, and side skirts. Two black, carbon-weave stripes that follow the car's contours from the top of the roof and onto the front decklid, provide a visual accent, which is reinforced by the Turbo Aerokit rear wing, a new rear surround and twin exhaust pipes, all finished in black. Standard equipment, 20-inch-diameter center-lock wheels are also painted black (quelle surprise) as are the brake calipers that are part of the Porsche Ceramic Composite Brake (PCCB) package. Both the wheels, and the brake calipers feature Golden Yellow Metallic highlights. 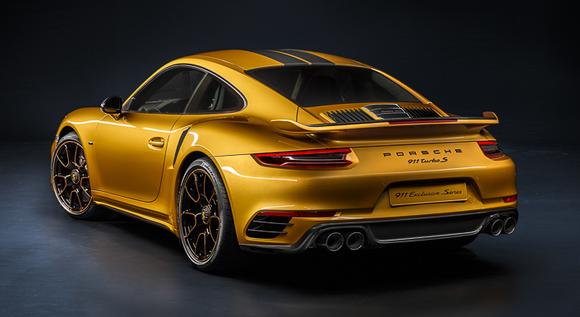 ​​​As expected, this top-of-the-line Porsche model is packed with all-inclusive features, including the Sport Chrono package, Porsche Active Suspension Management (PASM), Porsche Dynamic Chassis Control (PDCC) and rear-axle steering. Options? How about a Porsche Design Chronograph (that's wristwatch to you, spud) that incorporates the design elements of of the Turbo S Exclusive and is finished in the vehicle's paint color? Not for you, mister Apple Watch guy? Then how about an Exclusive Series five-piece luggage set, which like the chronograph, is available only to the car's buyers? Although the price of the watch hasn't been announced yet, the luggage will set you back $6,324, chump change for anyone able to shell out $257,500 for this golden chariot. Not into gold? No worries. Porsche says that other select colors are available. 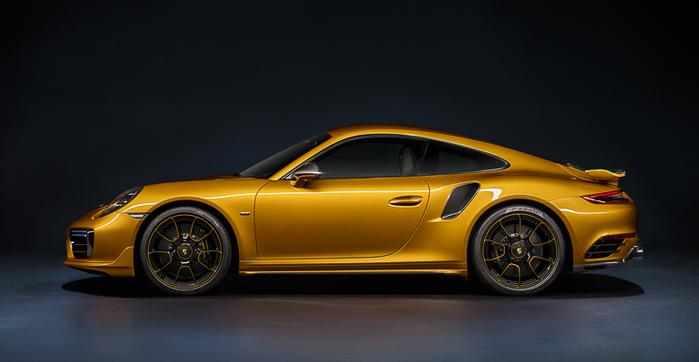 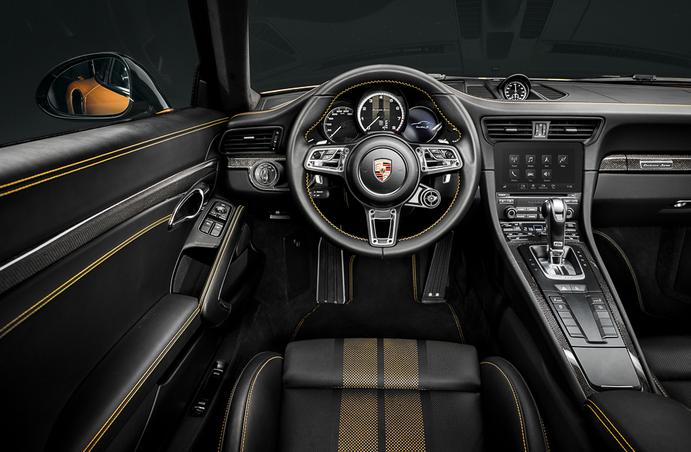 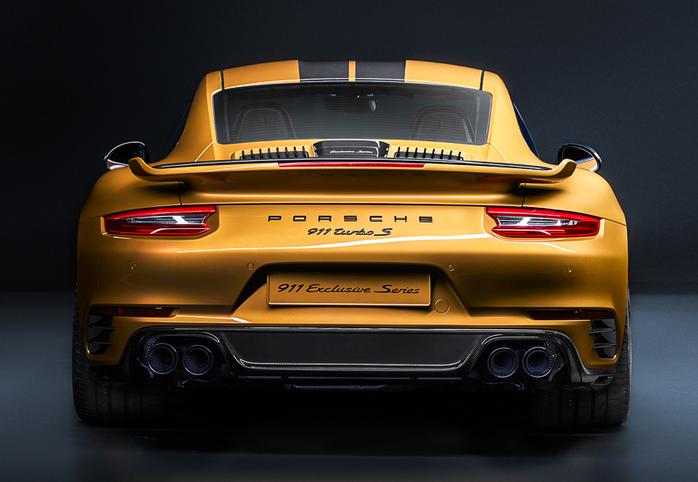 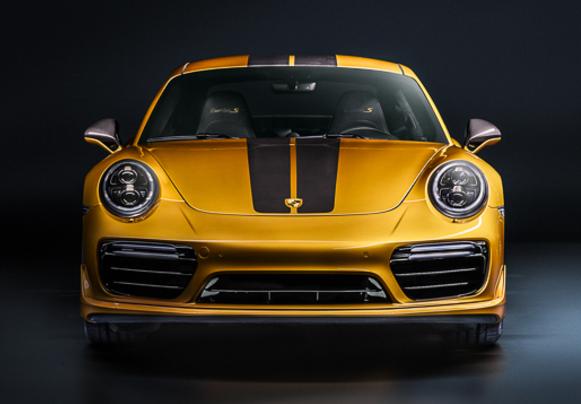