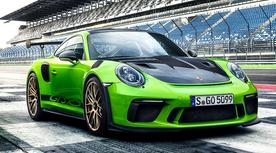 Porsche's race-car-turned-road-car, the 2019 911 GT3 RS, set a new personal best Nurburgring lap time as factory driver Kevin Estre hustled the normally aspirated, 520-horsepower GT around the 'Ring's 12.8-mile (20.6 kilometer) Nordschliefe in 6:56.4 minutes, making it the third fastest model in the factory's lineup behind the 918 Spyder and the turbocharged 911 GT2 RS. "Through the fast corners and on the brakes in particular, the GT3 RS is unbelievably close to our racing GT3 R," said Estre, who wheels an R in the ADAC GT Masters series and an RSR in the FIA World Endurance Championship and IMSA's WeatherTech Championship. In addition to crediting the new generation of Michelin's Pilot Sport Cup 2 R road car tires, Estre spoke enthusiastically about the GT3 RS engine, which turns an amazing 9,000 rpm. "The sound is a dream and the torque is massive," said the French driver. OK, Kevin, but what about that Viper Green paint job, huh? Gotta be worth a few miles per hour at least. 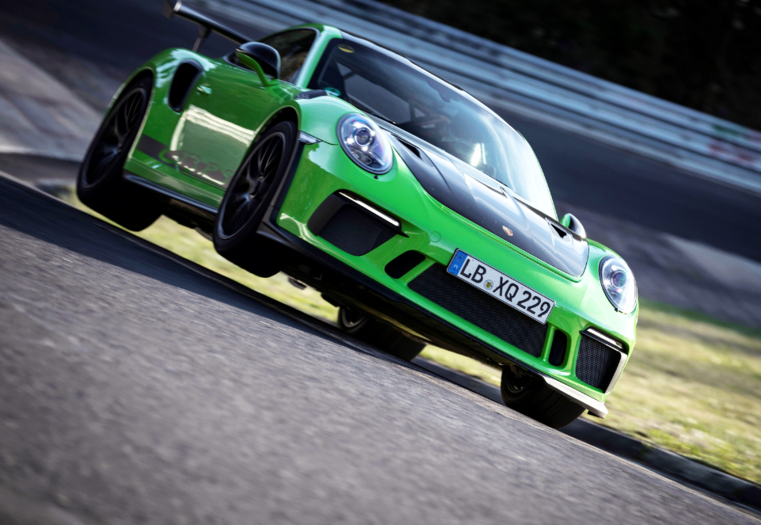