As appearances go, the 992 isn't that different from the current Carrera. There's that new nose, which features a new lower fascia and other details, and that broader rear end with a new rear fascia that's set off by a light bar bridging the gap between the taillights. The  license plate mount appears to be positioned lower and now sits between the exhaust tips, which are purely decorative (the actual exhaust pipes exit underneath the car). The intercooler air outlets located at the edges of the lower fascia are larger with slotted openings. The larger active rear spoiler produces slightly more downforce than the 991.2's spoiler and reduces overall lift to zero. A quick glance at the new Carrera's profile reveals flush-mounted door handles that extend upon touch. 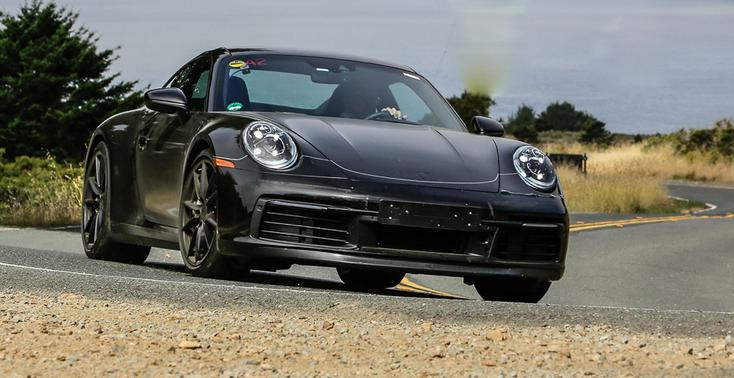 Porsches on the block

Thanks to numerous engine tweaks, horsepower is up -- from 370 to 385 bhp for the base Carrara and from 420 to 450 for the S. Although the normal Carrera uses the same turbocharger as the current model, the S is fitted with a larger turbo as per the current Carrera GTS. Both 992 variants benefit from a larger central intercooler that replaces the dual intercoolers located in the rear fenders of the 991.2. Cast-iron exhaust headers that flow better replace the current stamped-steel headers.

The 992's dual-clutch automatic transmission known as a PDK 2, now features eight vs. seven speeds and is a four -- rather than a two -- shaft design. Although the housing is the same size as the PDK 1, the transmission is shorter internally, which leaves room for an electric motor (can you say "hybrid" ?) due in a couple of years or so. The overall gear ratio spread is about the same as the current Carrera's and the extra gear impacts neither fuel economy nor performance, says Porsche.

Hammer time: How it went down 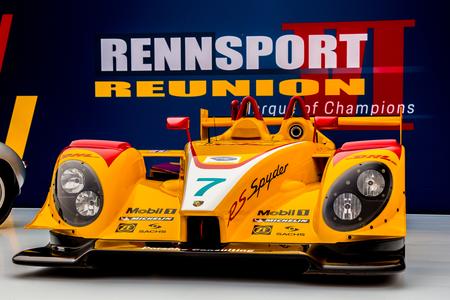 Call it "Cheap Thrills,'' although it's really an auction and a very special one at that. In conjunction with Porsche's 70th anniversary, RM Sotheby's is auctioning off dozens of Porsche road and racing cars as well as marque-related paraphernalia such as posters, books and car models on Saturday, Oct. 27, 2018, at the Porsche Experience Center in Atlanta, GA. You might swing by there if you're in the area. Otherwise, click on the link, check out the auctioneer's beautiful catalog and join the rest of us as we await the results, and in some cases, curse the day we sold or didn't buy "that car." 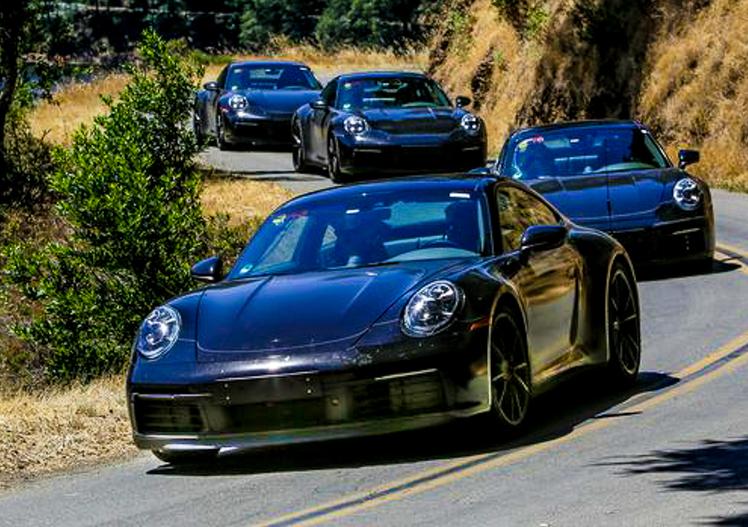 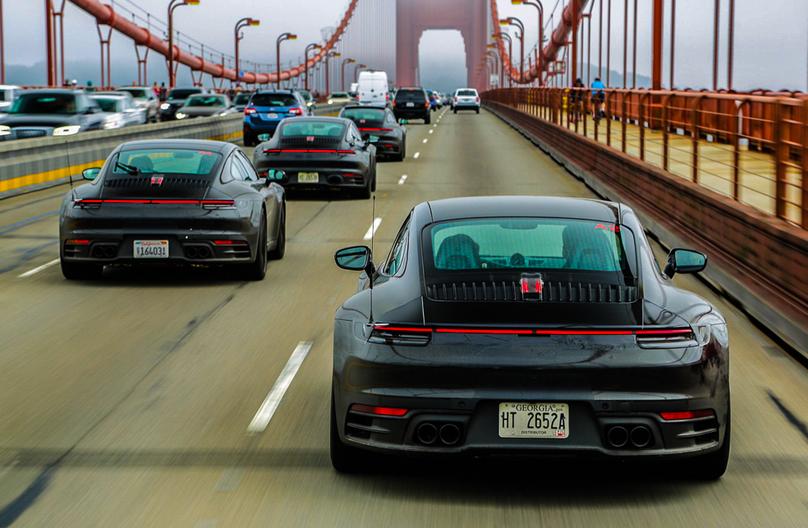 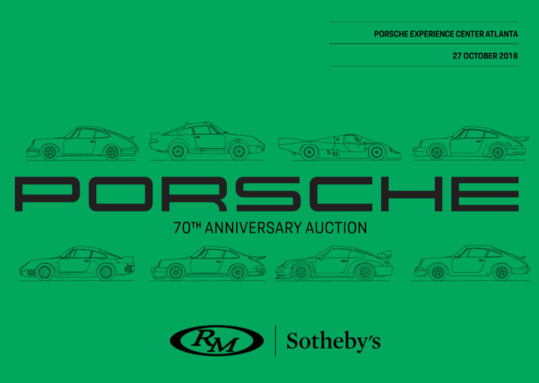 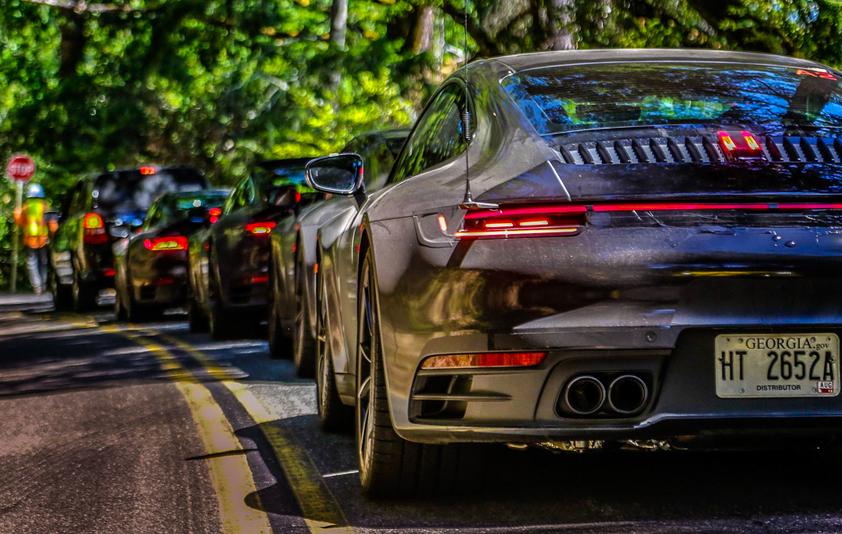 Like the exterior, the 992's interior gets a noticeable redo. Although the traditional five-element instrument cluster remains unchanged, at least in spirit, the large centrally located tachometer is the only dial with a mechanical needle. The two pairs of gauges framing the tach are computer images projected on LCD screens. The main11-inch-wide touchscreen located to the right of the instrument cluster displays most of the 12 physical buttons that control various functions. As a concession to cost, perhaps, many details such as the gear shift lever have been simplified. In PDK  2-equipped cars, the shifter is little more than a toggle, although the steering-wheel-mounted shift paddles remain unchanged. In manual transmission-equipped Carreras, the shift lever is conventionally shaped, although Car and Driver said the shift knob had a plastic look rather than the leather and metal appearance of the current 911. But remember, these are engineering development cars and are not necessarily representative of the production models.

Preveal. It's what comes before a reveal, or in this case, the unveiling of the 2020 Porsche 911, aka the Type 992, which looks like she's ready to rock except for a few final flourishes. The four black beauties shown caravanning across the Golden Gate bridge are engineering development cars, not actual production vehicles. That means what you see is not exactly what you get -- like elements of the interior trim, which Car and Driver magazine said looked kind of cheesy. But the covers don't come off until the Los Angeles Auto Show, which opens to the public Dec.1 so I'll reserve my judgment until then. Meanwhile, here's what you should know. 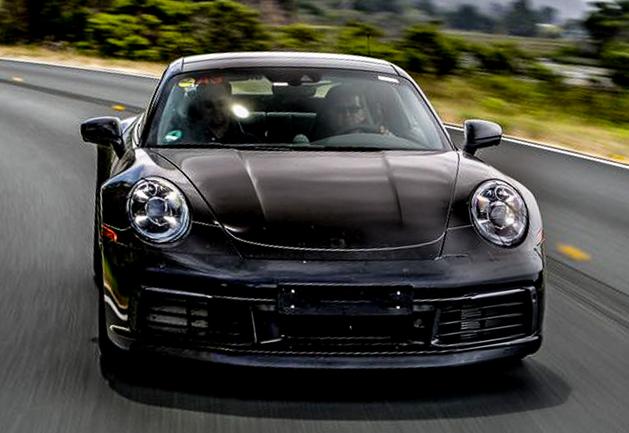 A preview of coming attractions 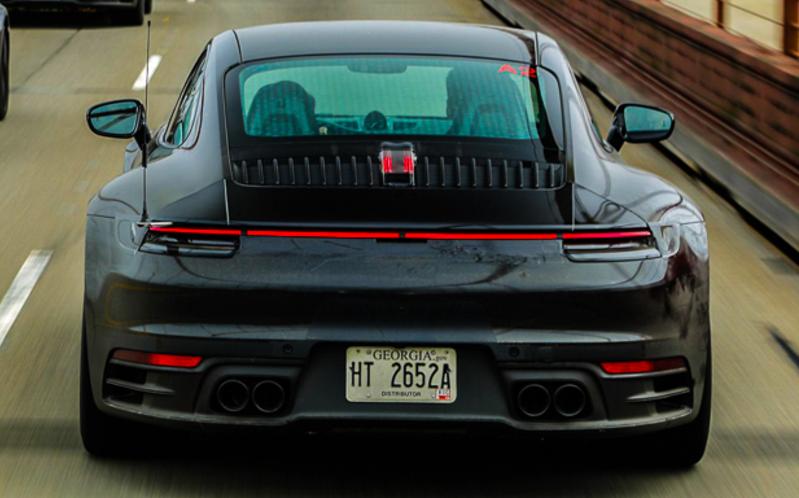 Overall weight for both the Carrera and the S is about the same as the current models' so despite the boost in horsepower, I don't expect the 992s to be significantly faster. After all, they are wider than the 991.2s and as Alois Ruf and his 200-plus mph Yellow Bird proved many years ago, skinny body cars are faster than fat ones. We'll find out just what the new 911 is capable of when the covers come off in Los Angeles on Nov. 28. The on-sale date for the 2020 Carreras, initially equipped with PDK only, is summer of 2019.

All new 911 variants are now widebodies and sport the 72-inch-wide rear bodywork currently used by the all-wheel-drive Carrera 4S and the GTS. The rear fenders are now aluminum and are 22 to 33 pounds lighter than the current Carrera's steel fenders. For the sake of symmetry, not to mention handling and balance, the front fenders are wider as is the front track, which grows by 1.6 inches. Although the wheelbase is the same, overall length is about an inch greater as the result of a rounder nose, which increases front overhang. Both the Carrera and the Carrera S are fitted with 8.5-inch-wide front and 11.5-inch-wide rear wheels that are the same width as on the current Carreras. However, wheel diameters are now 19 and 20 inches (front/rear) for the "normal" Carrera and 20/21 inches for the S. Brake rotor sizes and calipers are essentially carryovers from the 991.