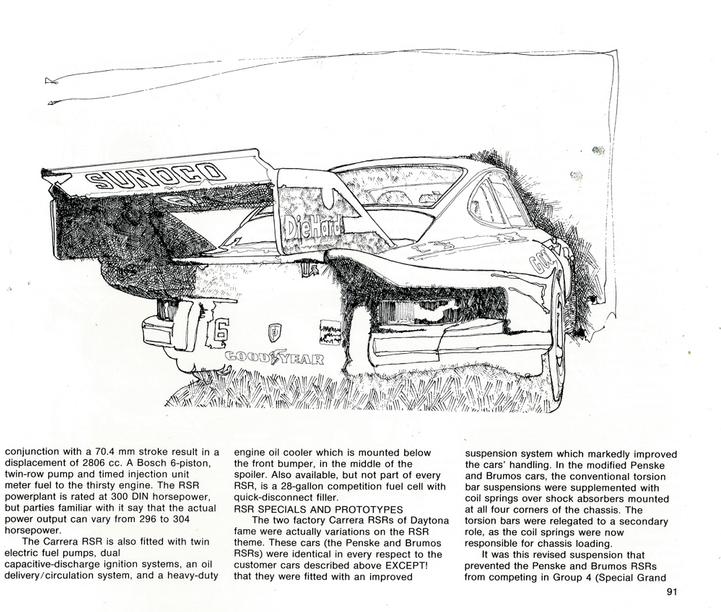 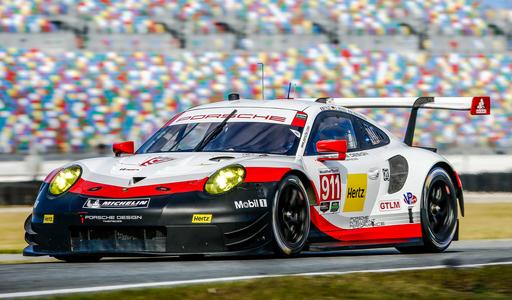 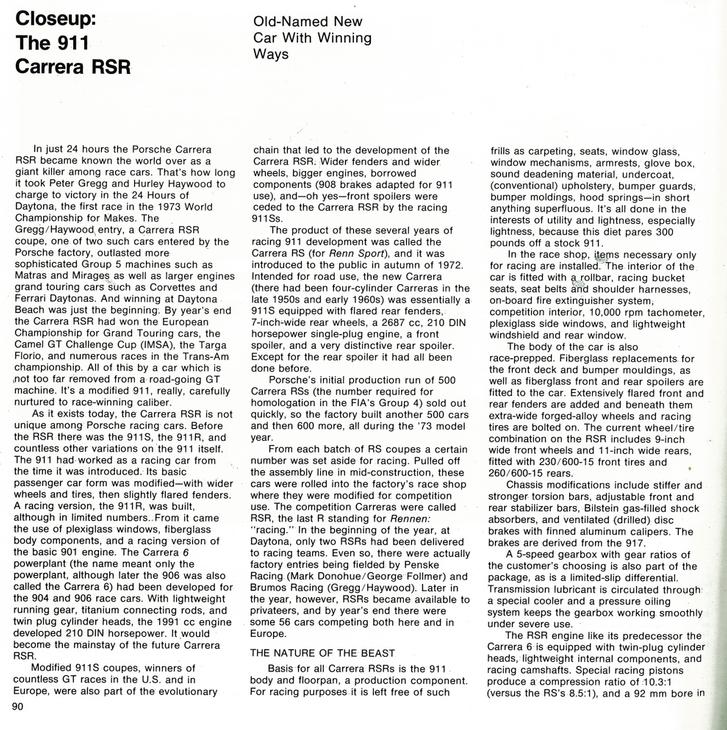 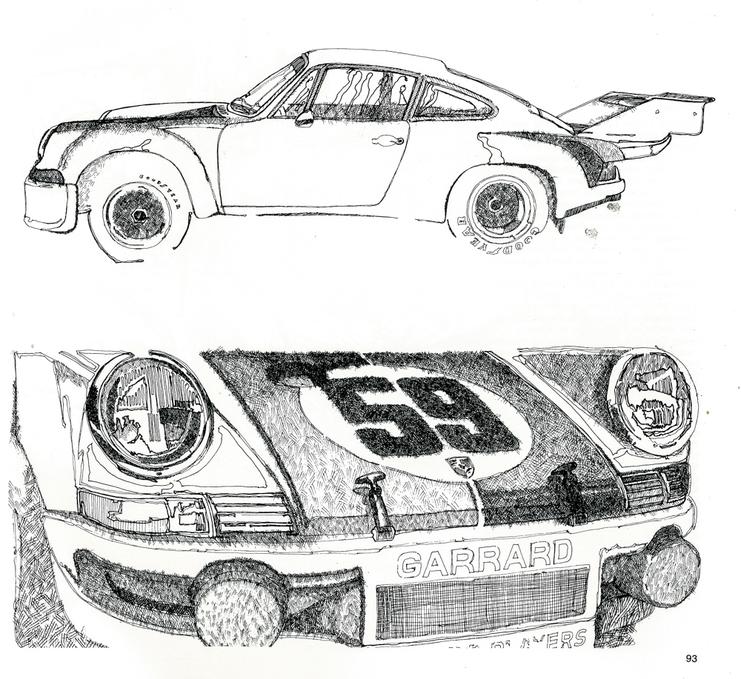 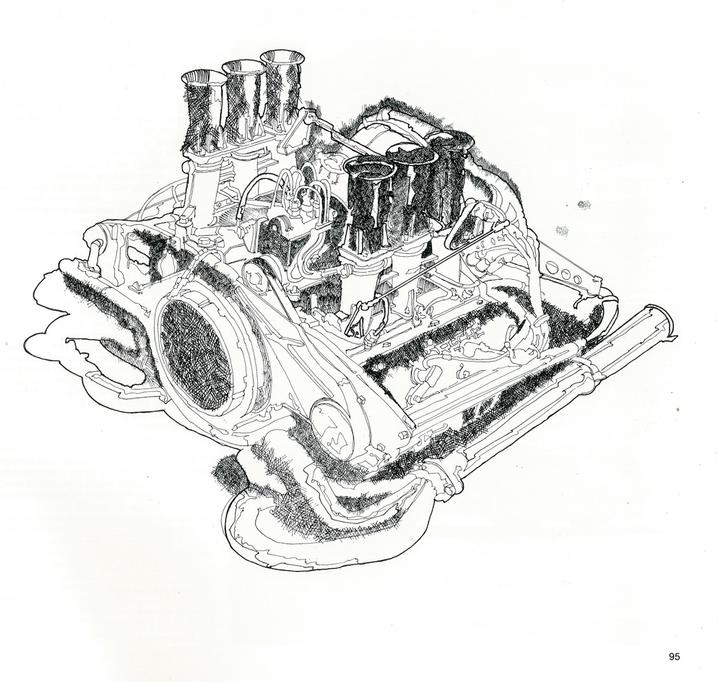 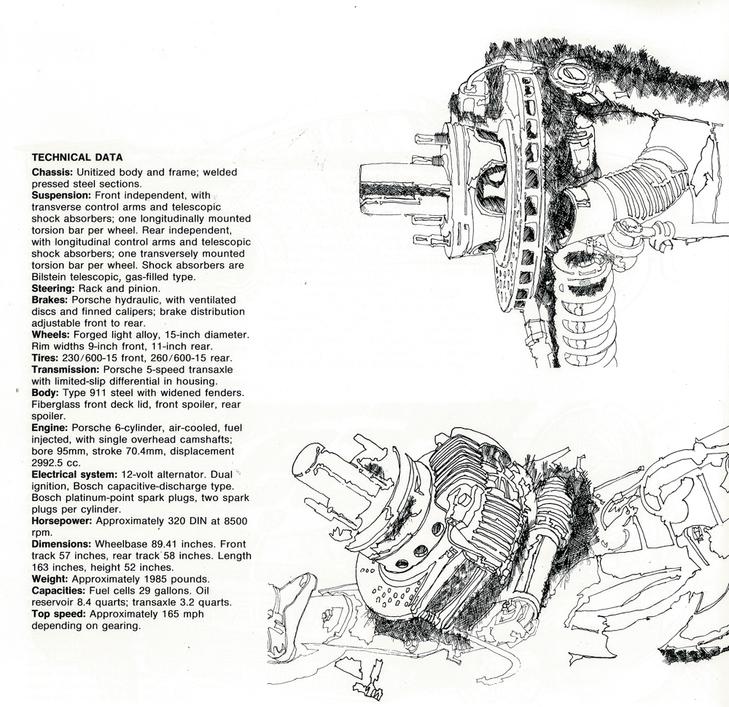 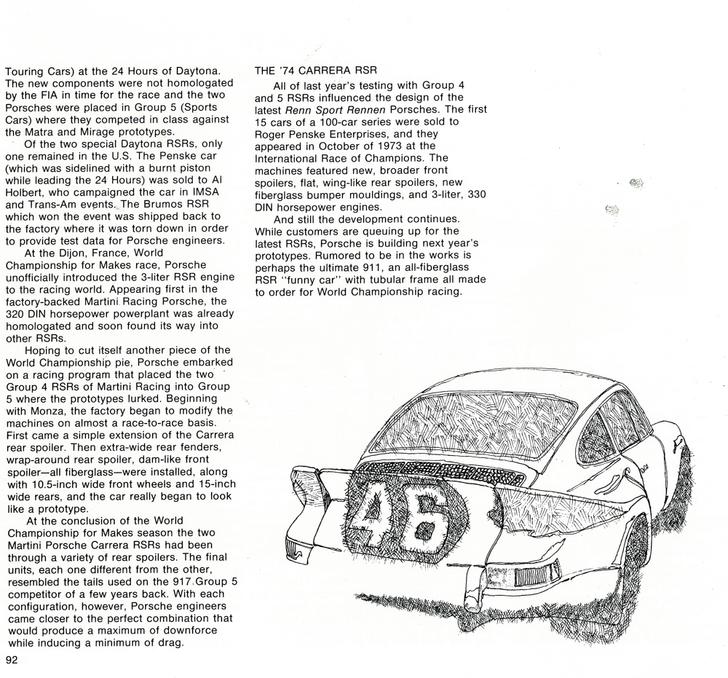 What a difference 44 years makes.

was introduced at the Paris Auto Salon, this production-car-based racer, which became a GT racing icon, was known as the 911 Carrera RSR. Derived from the road-going RS, much like the current RSR, the original RSR dominated GT racing here and abroad, after the prototype, driven by Peter Gregg and Hurley Haywood, won the 1973 Daytona 24 Hours, while its sister car, driven by Mark Donohue and George Follmer, holed a piston after leading much of the race.

​               Throughout the 1973 and '74 seasons, the factory's Martini-sponsored cars competing in the World Makes Championship proved to be a work in progress, as Zuffenhausen made mechanical, suspension, and aerodynamic improvements at practically every race. Although the GT-based cars were no match for the prototypes against which they competed, they put the racing world on notice that Porsche was a force to be reckoned with. Of course,  folks in North America already knew that. Brumos Racing's Peter Gregg who partnered with Hurley Haywood in enduros, won IMSA's Camel GT Championship and the SCCA Trans-Am's drivers' championship.

​                  You'll notice that this chapter features illustrations rather than photos. OK, it looks artsy-fartsy (who wouldn't want a rendering of an RSR for the den wall?). But the reason I chose to use drawings is because good photos of many elements of the RSR such as that outlandish rear wing that was tacked onto the Penske Racing RSR in the Makes race at Watkins Glen, simply weren't available at the time. So read on, Macduff.