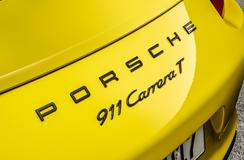 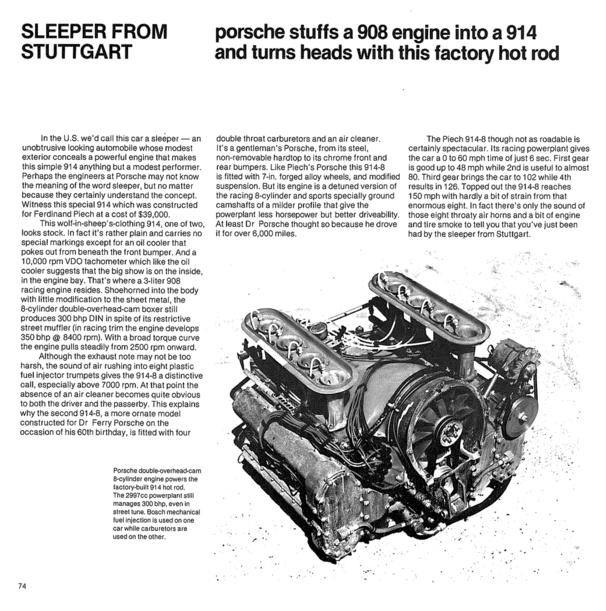 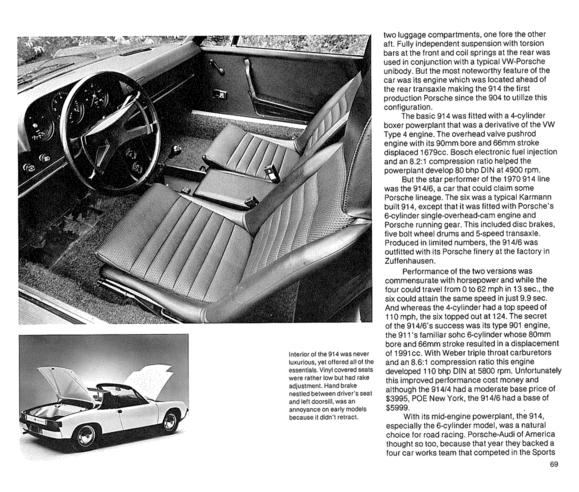 ​Forty one years ago it seemed that Porsche's flirtation with mid-engine, mass-produced road cars was over. The last 914 rolled out of Karmann coachworks in May 1976, ending Zuffenhausen's 27 year love affair with a car that was designed by Porsche but built by Volkswagen and derided by purists who called it a Volksporsche and worse. But love it or hate it, at the time of its demise the 914 was Porsche's best selling model with just under 84,000 units sold in the U.S. alone. End of story? Not quite. Twenty years later Porsche was back in love with mid-engine designs, witness the 986 (Boxster) and nine years later, the 987 (Cayman). Of course, the very first Porsche was a mid-engine roadster and so were the Spyders and 904s and a whole progression of racing cars. But as mass-produced road cars go, the 914 was the marque's first love. Enjoy this peek at Porsche's 914 diary, which includes chapters on two very special 914s. 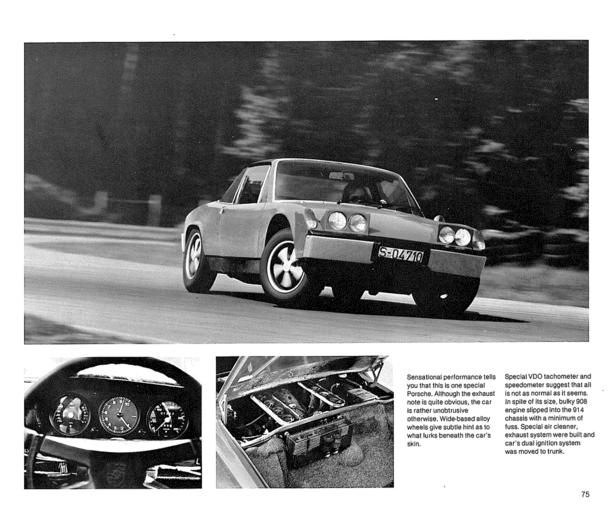 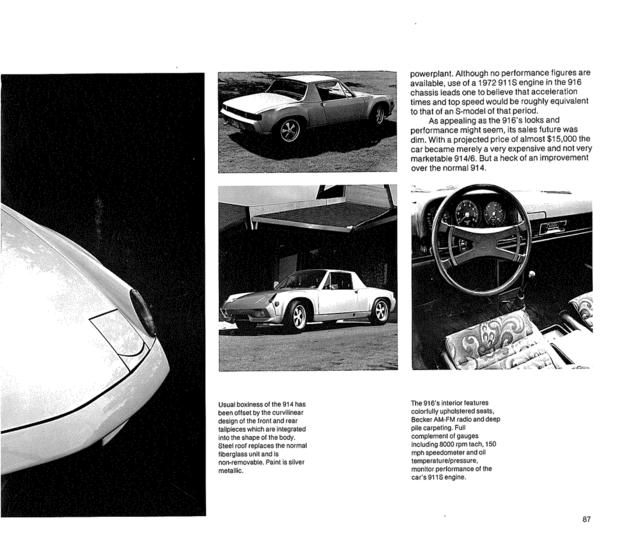 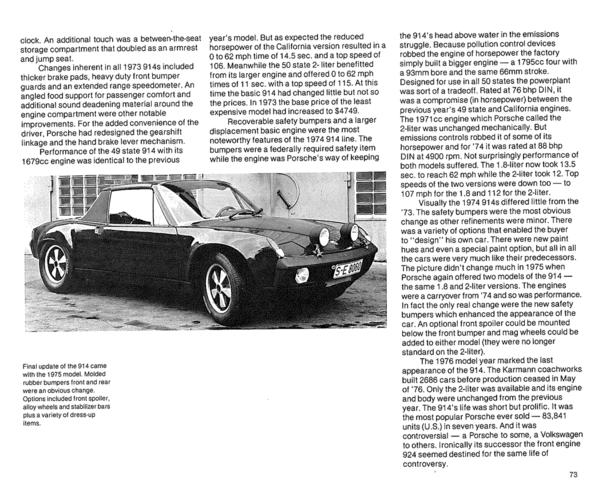 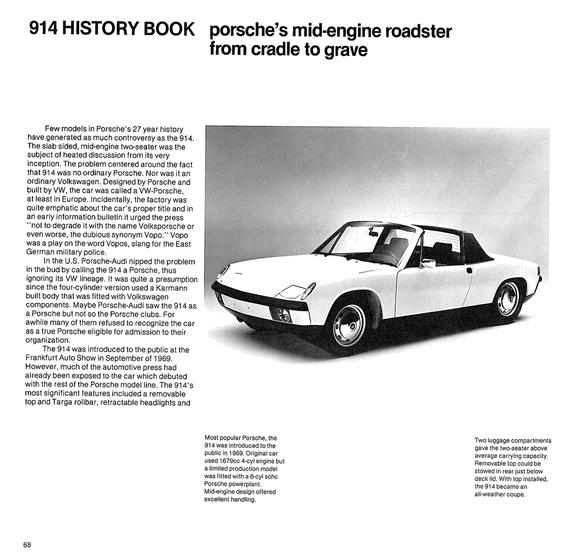 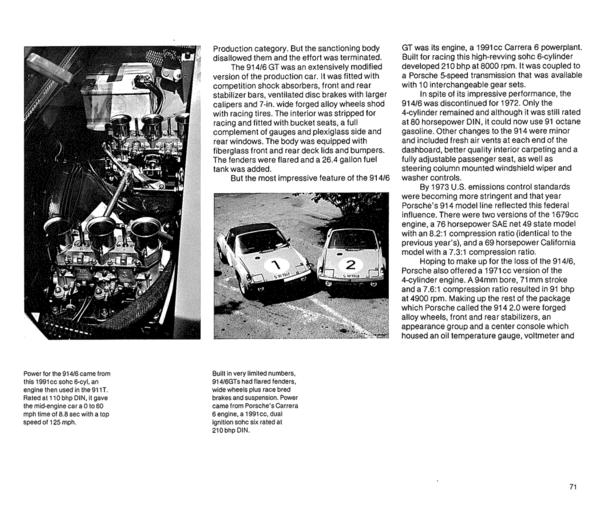 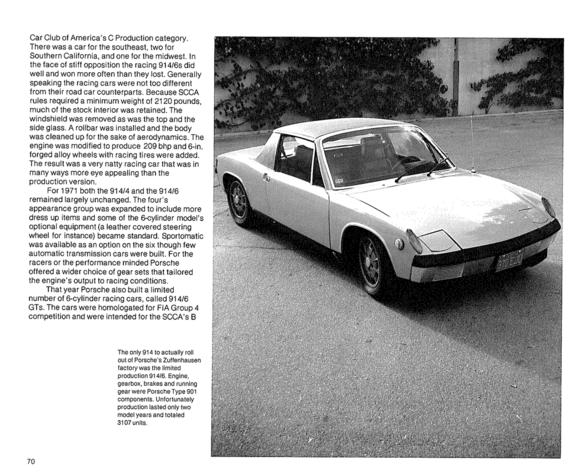 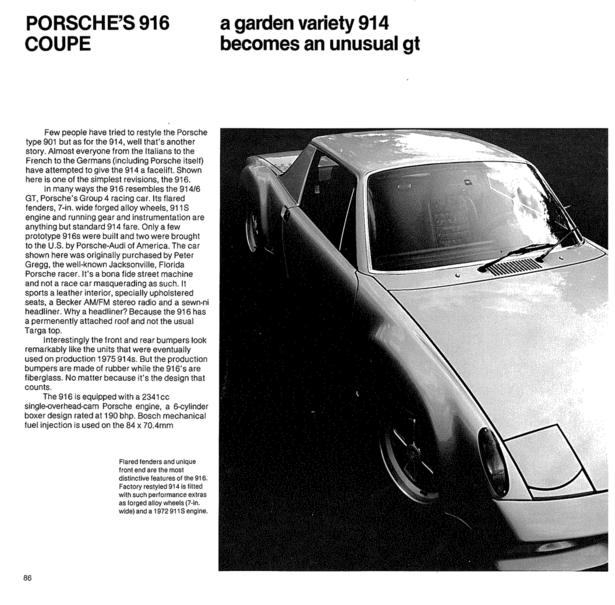 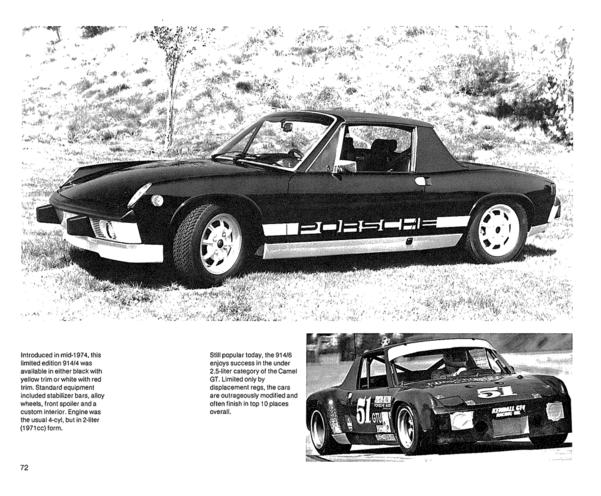